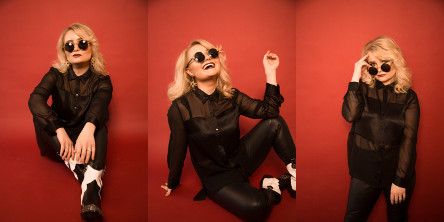 London singer-songwriter Binky has managed to cement her place as one of the UK’s most prominent new names in Country and Pop music. A happy go lucky, wild and bubbly singer from London Essex. Her unique, raspy and captivating tone makes her one of a kind, driven by relentless amounts of determination. Fusing her love of urban pop and country music, Binky is a unique sonic force in the British country music scene. While her sound reflects the marriage of the two sounds with the current US industry, her distinctively British take adds a striking new dimension that sets her apart from all her contemporaries.

The British singer realised her raw talent at the age of 15 after studying the triple threat of music, dance & drama from an early age. Binky is a huge fan of all types of music, both singing and writing in various genres, but has decided to concentrate her core attention to Country music quoting, “The first time I sang a country song it was like putting on the most perfect pair of shoes, I haven’t looked back since”.

The first time I sang a country song it was like putting on the most perfect pair of shoes, I haven’t looked back since 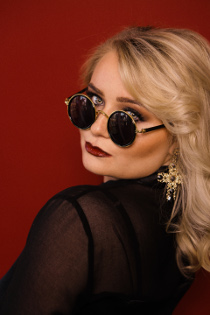 Following the show’s success, she decided to expand her horizons and work on her first studio album. She wrote a 12-track album, which included two bonus tracks. Even at such a young age Binky was given the opportunity to duet with two of the industry’s most sought-after singers. The first being the original Rat Pack band member Buddy Greco, and together they created a fresh take on Buddy’s no.1 single “The Lady Is a Tramp” from the 1950’s. She then went on to work with Madeline Bell, formerly from the band Blue Mink, recording a duet of the bands 1960’s single “Melting Pot”. Having put her country twist on both songs and making them her own, along with the added bonus of having such incredible artists to sing them with, Binky was over the moon and couldn’t believe her luck. “I grabbed the opportunities with both hands and wasn’t letting go, my journey was becoming better than I had ever imagined and I wasn’t stopping there.”

In the fall of 2013, a new British Country Music Show coming to Sky TV, “The Smith & Rogers Country Show” approached Binky and asked her if she would join them for a guest appearance on the show. She hoped this would expand her exposure as a British country music artist and jumped at the chance. But what happened next was more than she could have hoped for. The show asked her if she would like to become a full-time presenter and become part of the team. She brought something so young and new to the British country scene as she was fresh out the water and just what they were looking for. She was also asked to work alongside the show’s house band and with each show featuring a performance by Binky, her strength as a performer was immediately evident to all viewers. While the diversity of material performed showed she was a talent on the brink of bigger successes. 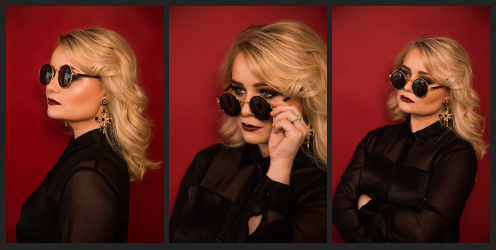 In the summer of May 2014, Binky travelled to Nashville to broaden her knowledge of country music, and to work with the only British songwriter entered into The Nashville Hall of Fame, Rodger Cook. She wanted to gain a true understanding of country music’s roots and take inspiration from other talented country artists. She had the opportunity to meet some of the industry’s best and absorb all the knowledge and advice that they could give her.

After travelling to Nashville and experiencing Country music’s roots and heritage only inspired the young songwriter further, to the point where she wanted to combine the UK sound with the authenticity of what she experienced in Nashville. Binky headed home back to her roots in London, with a new vision for Country Music. What if she could blend the urban sounds of the UK with Nashville’s country sound?

Binky has now crafted a sound that represents all facets of her musical interested. While best described as country pop, it is clear that Binky is much more than just British country’s next big name.

The first track to come from this fusion was the incredible debut “Fireflies”. A joyous slice of summer, the track is now approaching 300K streams on Spotify as well as a number 8 debut chart position on iTunes.

She followed up with the anthemic “Jackie D”, With an attitude and confidence exuding from this Kelsea Ballerini-esque, energy-charged foot- stomper, Binky continued her trend of slickly produced infectious tunes packed full of lyrical and melodic hooks, tailored perfectly for the live shows. ‘Jackie D’ was destined to become a real fan favourite in UK country with its ‘girl power’ rebellious style, great depth and the passionate, emotional delivery from Binky.

She followed this with a dreamy pop inspired summer anthem “Get Lost”, which really got heads turning and lots of talk on the UK country scene, cementing her place as one of the country’s most exciting new crossover country artists

With her love for country rock music she aspires to some of the most successful artists in the industry, including Maren Morris, Taylor Swift, Miley Cyrus, Dolly Parton and Stevie Nicks. Using her diverse ability to meld all types of music together. She has created an EP, which is due to be released in Spring 2019, with the hope that it has something everyone will love. “I feel it is important to be different and have a mixture of moods in an album. Every song I write is personal to me and expresses a particular time in my life. With such powerful affect’s music can create today, I want to share my love for music with the world. If I can make a difference to just one person I would have succeeded in my eyes.”

After closing 2018 with a bang with a sell-out headline event, 2019 sees Binky kick start her year with the release of her newest single “Don’t Let Go”. A departure from previous, urban-country releases, “Don’t Let Go” is a piano-led single with emotive crescendos providing the foundation for Binky’s distinctive vocal.

What if she could blend the urban sounds of the UK with Nashville’s country sound? 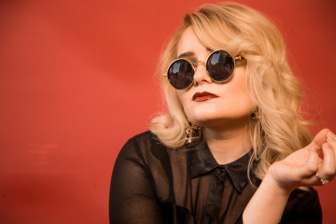 “My journey has been a whirl wind from the start and has been so much more than I ever thought it would be. I have been given the chance of a lifetime and I can’t express how blessed I feel. This started as a seemingly impossible dream, that dream is now slowly feeling as though it could come true. I can see my goal peering through the clouds. Wherever my future is destined, I will never forget this journey and the people I have met along the way, no matter what lies at the end of the road”